I wanted to share with you something my teammates and I are working on this summer.

First, on our to-do list is to rethink our reading resources. The resource that our district has purchased for us is Harcourt's Storytown. The last two years, we have thought that we don't like the idea of each week moving to a new set of stories and sometimes a new set of skills. It goes too fast and doesn't allow for kids to properly learn how to digest what they're reading and make meaning of it. This next school year we want to try something new. We want to decide on one story to work through for two weeks before we move on to a different focus story.

In order to make this decision, we wanted to see which stories have the most meat to them. We found googled and searched and found this site that ended up being a HUGE time saver. Someone in Utah had already gone through with a fine-toothed comb and listed which standards were covered in the teacher's manual. Like I said, HUGE time saver. Bless those teachers! 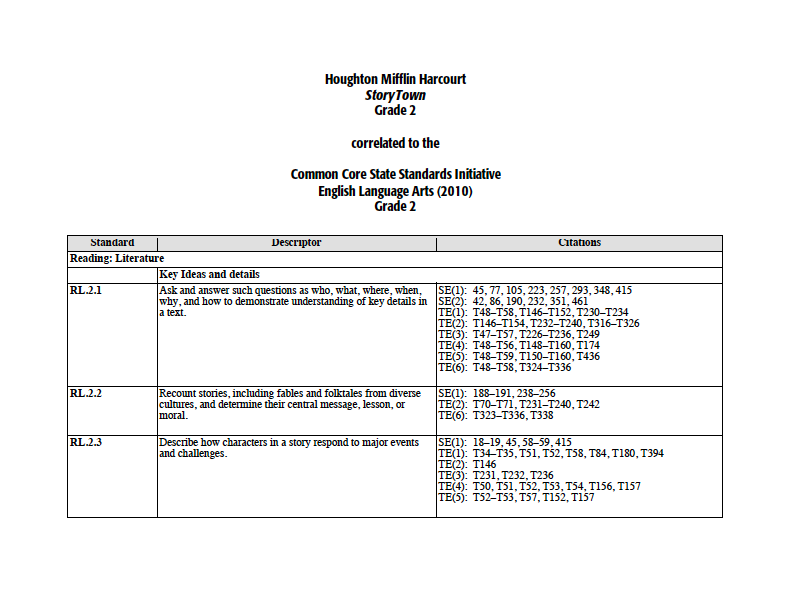 Our next step was to take the information from the Second Grade Storytown Common Core Correlation document from that site and sort of flip the document. Instead of listing each standards and the page numbers, we listed each story week in one column and the standards covered that week in the second column. 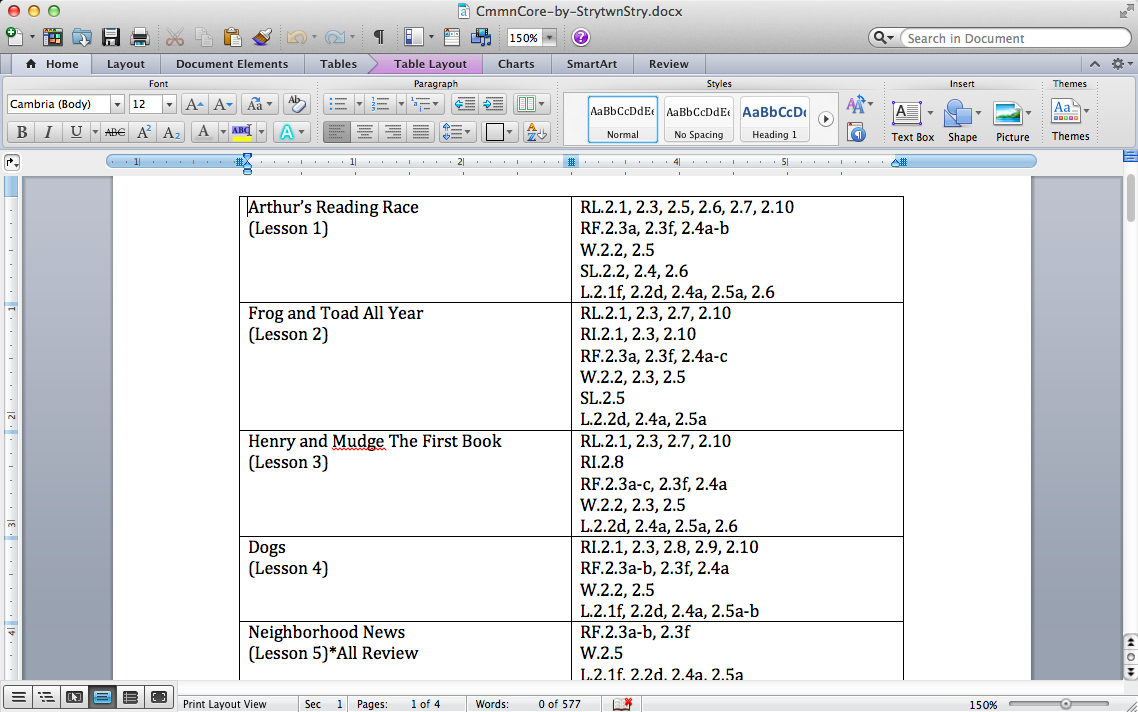 Finally, we took the information from this document and made a matrix of each Storytown week and the standards covered, so we could see if there are any gaps that we will need to fill with other resources. Sure enough, we found some. 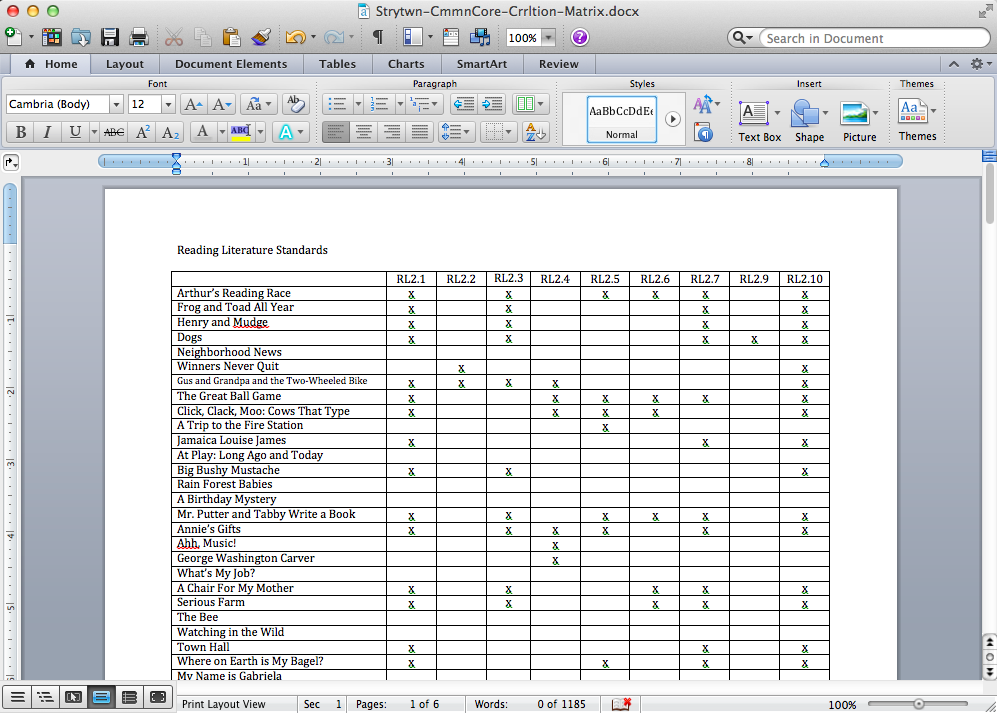 The end goals for this process is...
1. decide which story to focus on every two weeks.
2. help us map out which indicators we are teaching each nine weeks.

We used to have end-of-nine-week quick assessments that we would give at the end of the quarter that we would use as our evidence for filling in our performance card. I liked having evidence. Now that we've moved to Common Core, we don't have those assessments anymore. So, we're working towards those quick checks. It's driving me nuts to not truly have that evidence.

I'll update in the future as work through this process in coming weeks, but I'm really proud of what we've accomplished so far together. I think these bits of information are wonderful!