I enjoy watching movies, especially some of the 80s and 90s classics from childhood. I also really enjoy superhero movies. Thankfully, my husband grew up in the comic book world, so that's an interest we can share. I like watching some kids movies, too. (Just rented the Lego Movie today, though, and really didn't like it, that's why I added the word "some." Hope that movie wasn't anyone's favorite.)

I really like detective shows. Pretty Little Liars is one of my must-see shows. I also really like Sherlock on Netflix, but when you commit to watching an episode, you're basically watching a movie, so we don't indulge in that show as often. AND the seasons are super short: 3 episodes each. Great actors, though.

My husband really likes reality TV, so lately I've been watching Big Brother with him. Surprisingly, lately, we have also gotten into Game of Thrones. We didn't think we would like it, but we're working on season 4, so it drew us in somehow.

Since my husband and I are pretty close in age and since I grew up with 2 brothers, sometimes we reminicse on shows we watched growing up. Saved by the Bell. Fresh Prince. Wonder Years. Star Trek the Next Generation. There are others too. We still love catching an episode of those shows every now and then. 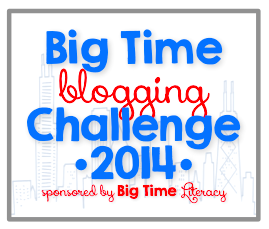 Well, that's it.
Hope you learned something new about me!