Because I am also the elementary ESOL lesson planner in my district, I usually require a substitute teacher at least once a month. At the bottom of my sub plans I always ask for suggestions that could be helpful for future subs, because I was a sub for one semester after college, and I know what it's like to feel lost in someone's classroom.

One suggestion given recently was to have some system for randomly calling on students. Good idea! I wanted a system that I could use each year and wouldn't create another thing to update with student names. In my classroom, I number each table spot with a colored dot. I used that idea to create my random student sticks. 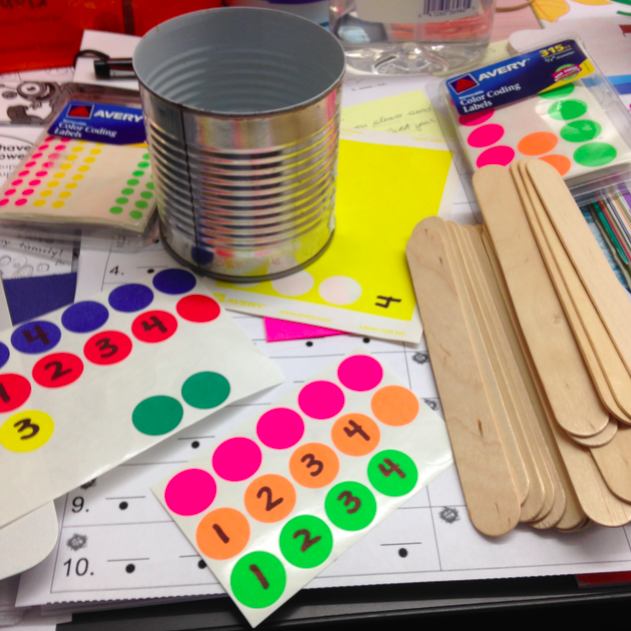 Here are my supplies... Please forgive me for working and taking pictures atop my messy desk. You get the idea, though. Can, dots, sharpie, craft sticks. I have five tables. Each table has a different color. I don't have 20 students, but since I move students around sometimes, I wanted to have a stick for each spot available. 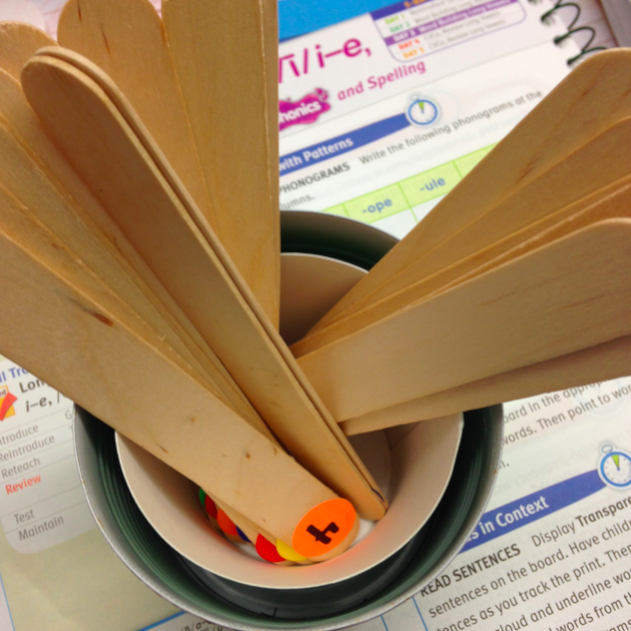 I put my dots on the craft sticks. I decided to put a cup inside the can. When I call a student, I'll put their stick around the outside of the cup. It'll be a sneaky way of keeping track of who has already been called on. The kids will think their stick just went back in the pot, so they'll have to keep paying attention just in case. 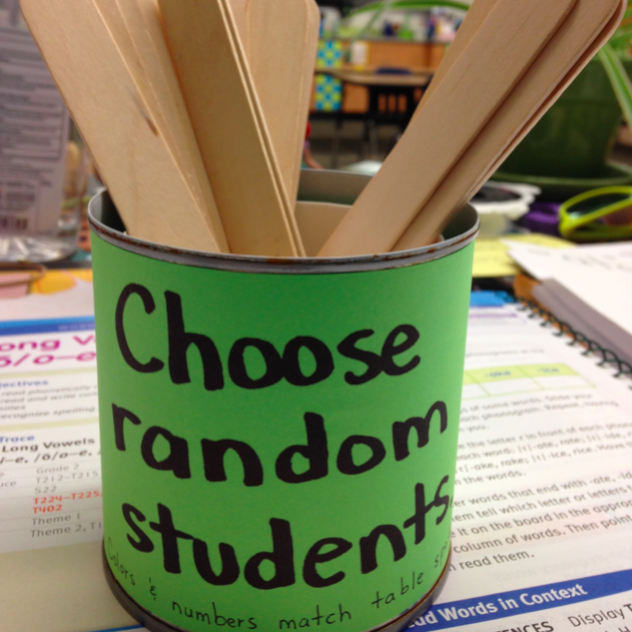 I cut a piece of paper to put around the outside of the can and glued it on like a soup label. I hope it will be useful for my substitute teachers, and I think the kids will like it too.

On another note, we finished our first GoNoodle champ. Zapp VonDoubler. The kids were SO excited. They were even more excited that I promised them a Brag Tag. Yep, this is totally happening in my classroom. Excited to see Zapp hanging on our Brag Tag board. 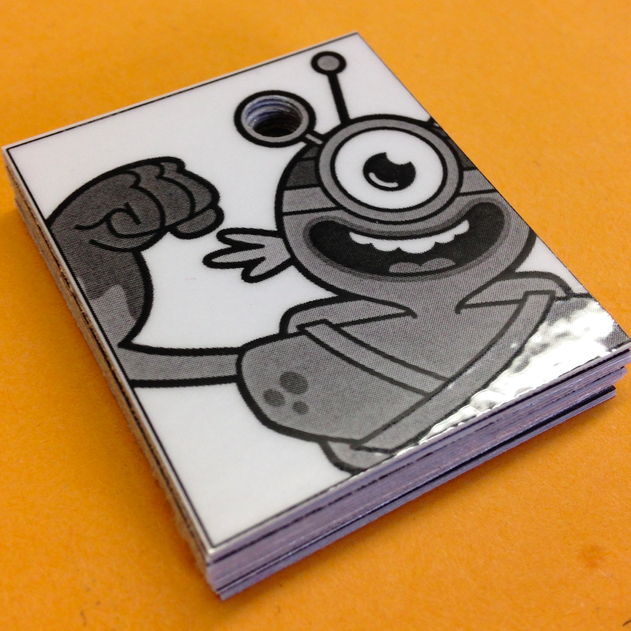 He'd be even better if I had a color printer! Maybe I need to start a Donor's Choose project...

Hope you're having a great week!