I read a great post on I Teach. What's Your Superpower? about the EZY Watermark app, so I decided to give it a try. (Sadly, this is the first blogpost I've read since probably April...) I loved how easy the app was to use. Now I have lots of pictures to share from Summer Academy. Yay! 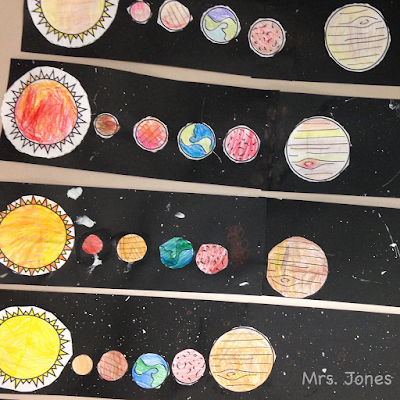 This was originally going to be the solar system hat idea from Pinterest, but we never actually made ours into hats. We started by splatter painting some stars. Then, we colored, cut, paste, and read facts about the sun and each planet from a couple different books I have. If you look really closely, you can even see the astroid belt we added with a brown crayon. (It sits between Mars and giant Jupiter.) 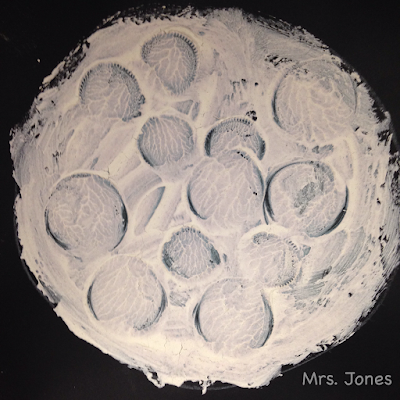 This was a really fun moon activity. We added flour to our white paint to make it thicker. Then we used bottle caps to make some crater. The tricky part was that our paper did not want to stay flat when drying. 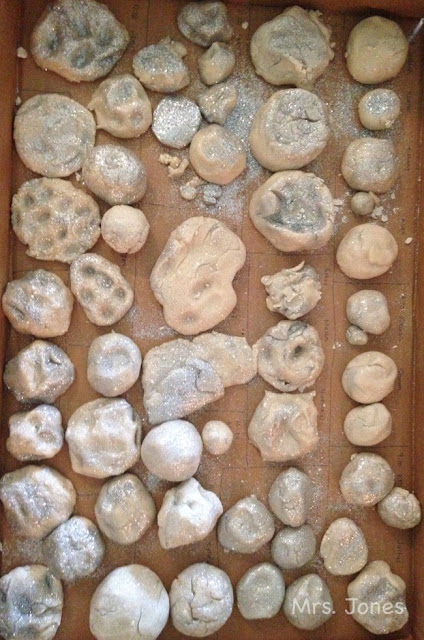 The kids also enjoyed making moon rocks with salt dough and silver glitter. We learned that moon shines because it's reflecting the sun's light. That's why we added the silver glitter. I love that some of the kids tried to add craters. 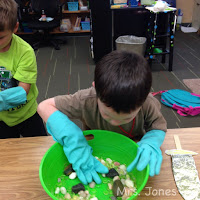 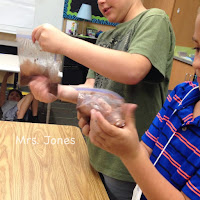 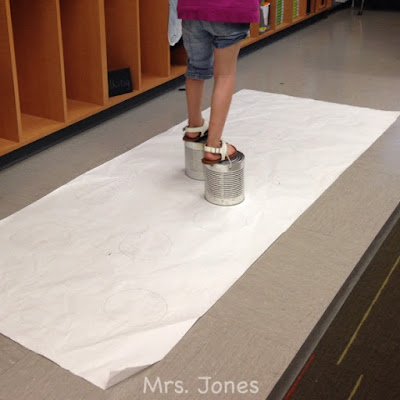 One day, I decided we should have astronaut centers, so I read a book called Astronaut Handbook by Meghan McCarthy. I had several different centers around the room where the kids were sorting, collecting, writing, researching, walking and eating like an astronaut. It was fun. I think the astronaut pudding was, by far, the best of the centers. There are also lots of really great "How to __ in Space" videos on Youtube created by astronauts. The brush-your-teeth one was a hit. 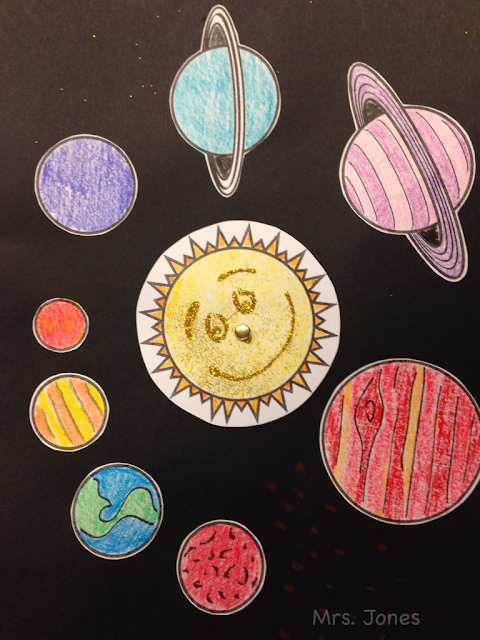 After the first 2 weeks, kids had the opportunity to switch classes, so some kids stayed and some went to a different class. We made another diagram of the solar system. This time we made it spin, though, because spinning is so much more fun. Hmm... it could definitely use some star splatters. 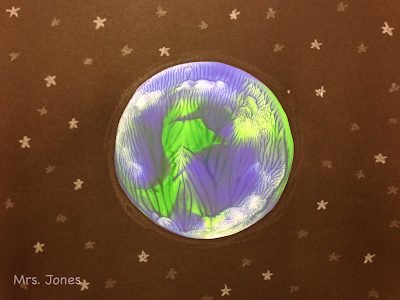 This was a really fun project, probably my second favorite of the summer. We started out by dripping blue paint on the bottom of our plates. They should probably be no bigger than dime size. Some of the kids had no control over their drips and so their final product was just blue. Then, we passed around the green paint and added fewer green drips (because the earth is mostly water). Then, you smash and rotate your plate on a piece of white paper. Let it dry and cut it into a circle. Doesn't it make the prettiest picture? It looks like you can see mountains and rivers on my Earth. Of course, we added stars and I added a little atmosphere with a gray crayon. 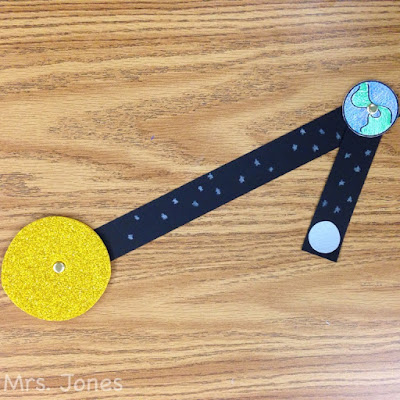 We read about and watched a video showing us how the moon orbits around the Earth and they both orbit around the sun. I decided to turn this activity into a problem solving one. I gave the kids all the supplies to make this device. We started by cutting out our sun, Earth, and moon. Then, I asked the kids to figure out a way to make them orbit each other. I was super pleased that at least 1 kid in each group (sometimes the oldest but sometimes the youngest) was able to figure it out. 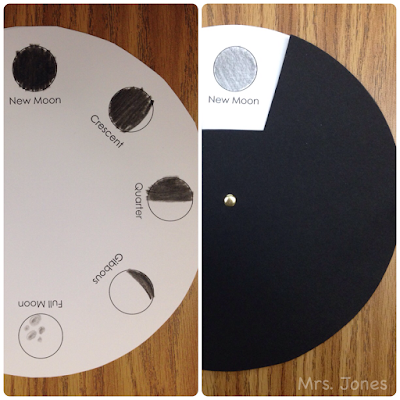 You can't learn about space and not talk about the phases of the moon, so we made a device for checking which phase of the moon we see. We talked about how the moon is slowly lit by the sun. The kids were smart to want to add craters to the full moon. The sun's light is reflecting on the moon, so we can easily see those craters. Then, it slowly disappears and can't be seen (but it's still there). 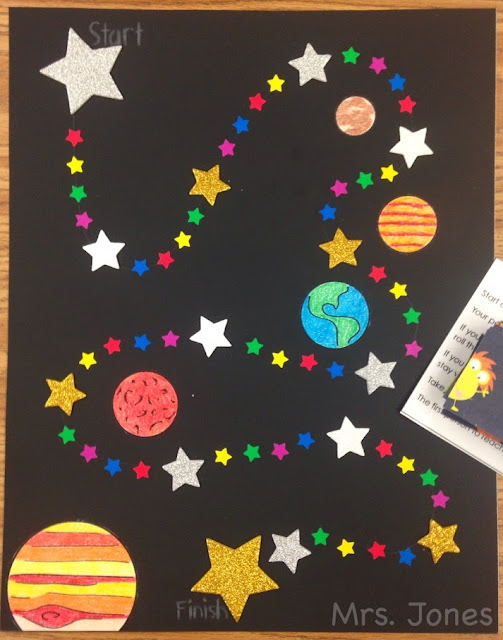 During the last week, I was gone 2 days at a CHAMPS workshop, so I had the kids make a game with their substitute. They did a good job with their stickers and planets making a game board that was way more interesting than a straight line from one side to the other. Then, we reviewed some of the facts we'd learned when we played the game.

Summer Academy was fun, and it'll be a nice addition to my July paycheck, but I sure am glad it's over. It was really hard coming back the last 2 days after being at that workshop. I was ready to be done.

Hope you're enjoying your weekend!

We had a nice sermon this morning reminding us of the freedom we have through Christ and the difference between being a believer and a disciple. Now, I get to catch up on our summer book study book. A group of us from my school are reading Writing Power by Adrienne Gear.